Alpine newts- Spring is in the air

I love all the spring breeding dancing going on.  The tank is full of larvae- I'll see how they come along without assistance.


Posted by Momcicle Mania at 2:01 PM No comments:

I never planned to have Chameleon babies.  I separated the pair as soon as I got them.  A short few months after getting them- babies!  Turns out she was pregnant before I ever got her.  She had three and I lost two after the first cage transfer.  Little Alexander has been coming along strong.  I hope I never have to maintain fruit flies again.  Fruit flies aren't bad but require planning so that you always have new cultures coming.  I was so happy when he switched to crickets.  He doesn't get stressed out when I want to hold him.  The more I experience a captive bred animal the more I think that his parents where wild caught.  I made the assumption that since I bought the parents from a breeder that they were produced by him.  Don't make an assumption when purchasing. I would enjoy George and Martha a lot more if they didn't act like I was a giant intruder. 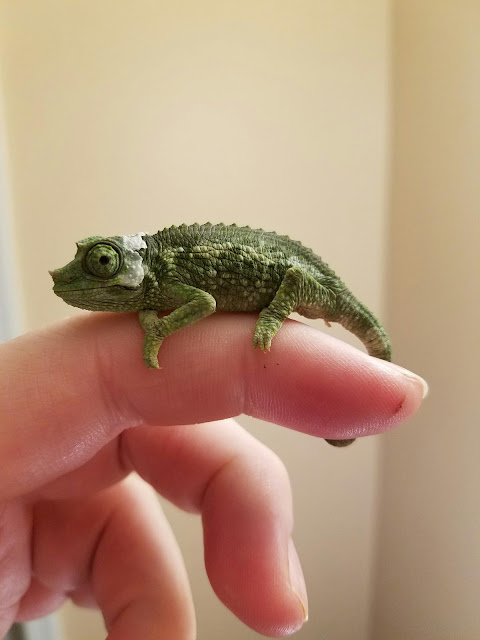 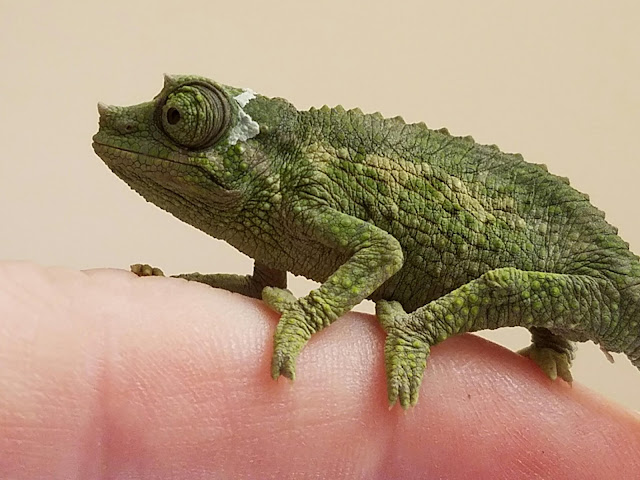 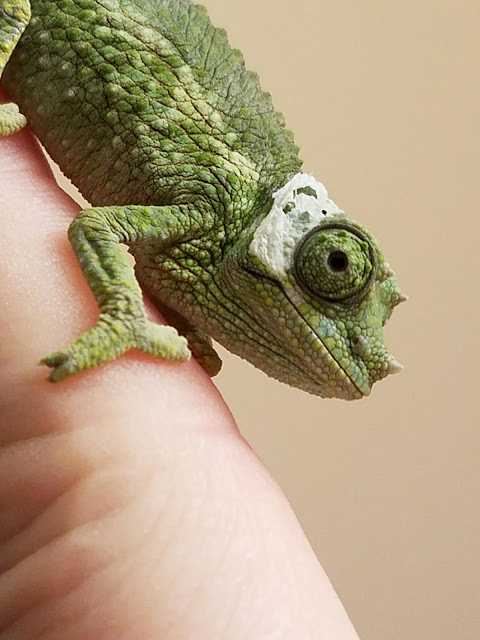 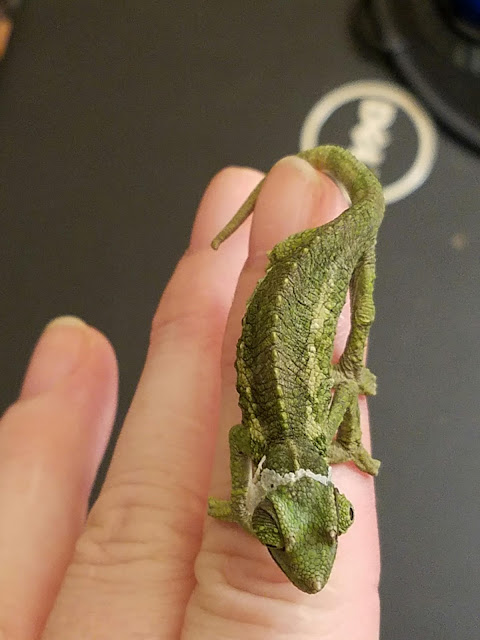 Posted by Momcicle Mania at 1:47 PM No comments:

This is the year of the Gargoyle

This year I will be taking a wack at breeding my gargoyle geckos.  I have a pair and a trio.  I did not get fertile eggs last year.  I am hoping for a few good eggs this year.  Mona isn't much to look at when she is fired down but when she is fired up she looks like a red chili pepper.   I matched her With Flash who has some amazing Red and distinct lines.

Posted by Momcicle Mania at 1:37 PM No comments:

I will be the first to say that there are too many crested geckos out there that are not being cared for properly.  With that said I picked my favorite male (with good structure) and my favorite female (structure is lacking but color is good and temperament is amazing).  I bred them last year and had four hatchings in the fall.  I have two more eggs that she laid in February- and they look fertile.  I don't foresee me putting any of them on the market.  I would have to be very confident that the person who got them would care for them and return them if they were not able.  All four hatchins are mellow just like their mom and dad.  I can't wait to see how they develop.

Posted by Momcicle Mania at 9:50 AM No comments:

Sally needs a Harry.  Sally is settling in.  She is skittish when you first take her out of her enclosure.  She likes to explore your whole body once she is out- arms backs of legs.  She is fast but friendly.  Once she has run a few laps she settles down and stays put.  She likes my forearm or hand as a final resting point- I think this may be related to it being higher than my legs and warm. 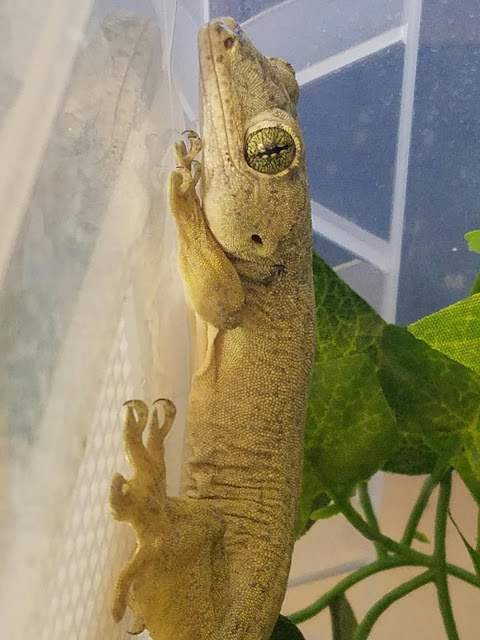 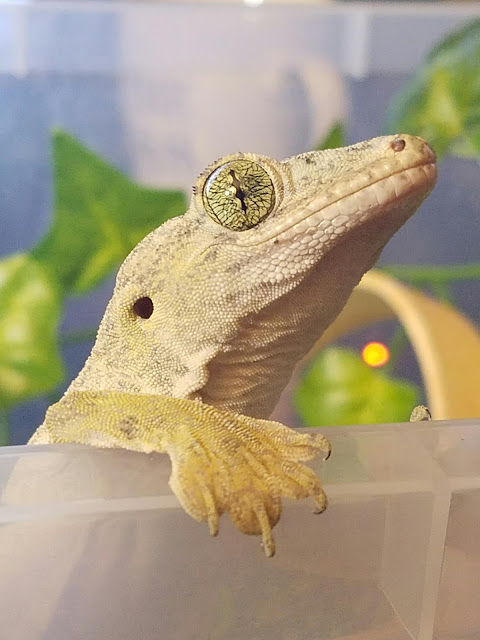 Posted by Momcicle Mania at 9:40 AM No comments:

I have updated the Blog so that you can find posts based on labels. This will allow you to access what you are looking for by subject. The posts are out of date order due to having to split many posts by category.